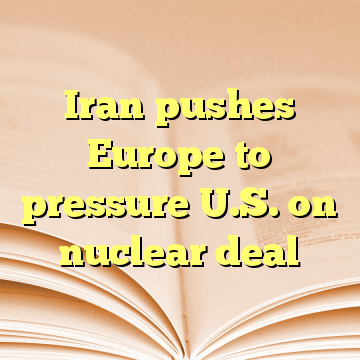 “Europe must put the U.S. under pressure to implement its commitments and not allow the U.S. to make illogical and unlawful demands,” Zarif said. [ Source: UPI (Read More…) ]