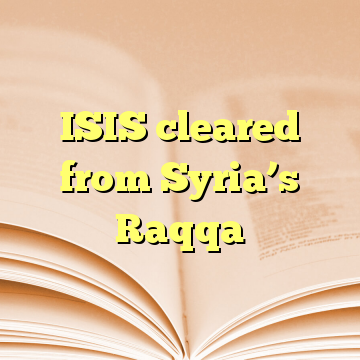 The fall of Raqqa city, where ISIS staged euphoric parades after its string of lightning victories in 2014, is a potent symbol of the jihadist movement’s collapsing fortunes. From the city, the group planned attacks abroad.

The Syrian Democratic Forces (SDF), an alliance of Kurdish and Arab militias backed by a US-led international alliance, has been fighting ISIS inside Raqqa since June. [ Source: Jerusalem Post (Read More…) ]