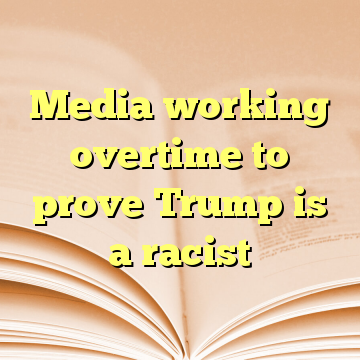 (Worthy News) – Major media outlets this week encouraged people to speculate on whether President Trump is a racist and even commissioned artists to convey the idea that he is, but still fell short of generating a consensus that Trump is prejudiced against non-whites.

The effort is nearly a week old now. It began Saturday when Trump was criticized for not immediately singling out neo-Nazis and white supremacists for their role in the violence in Charlottesville, Va.

When Trump finally did identify the groups on Monday, the press said he was too slow. Then a day later, Trump again condemned white supremacists, but also said at a press conference that both the white supremacist protesters and counter-protesters were violent, and that there is blame on “both sides.”

By Thursday, major magazines were declaring Trump a racist. Or at least, they were suggesting it with the art on their new covers. [ Source (Read More…) ]