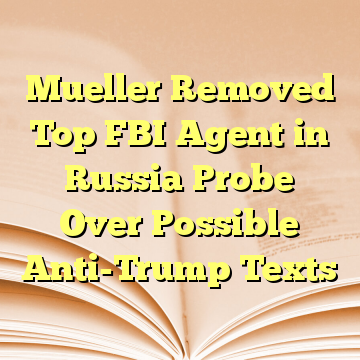 (Worthy News) – Special counsel Robert Mueller this summer removed a top FBI agent from the investigation into Russian meddling in the 2016 presidential election after the Justice Department’s inspector general began investigating whether the agent sent text messages critical of President Donald Trump, according to a new report.

Peter Strzok, the agent in question, was reassigned from Mueller’s investigation to the FBI’s human resources department, where he has been stationed since, the New York Times reported Saturday.