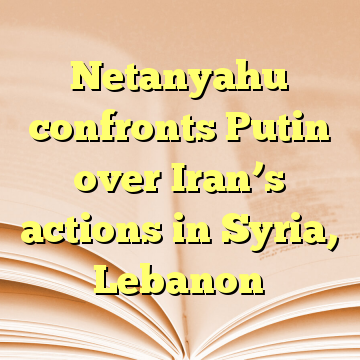 The two leaders were meeting at the Jewish Museum and Tolerance Center in Moscow, where together they toured a new exhibit on the Sobibór extermination camp.

As they headed into their meeting, Netanyahu said: “I think that the main lesson of the rise of the Nazis and then the defeat of the Nazis is that we have to face murderous ideologies in time and with power.” [ Source: Fox News (Read More…) ]