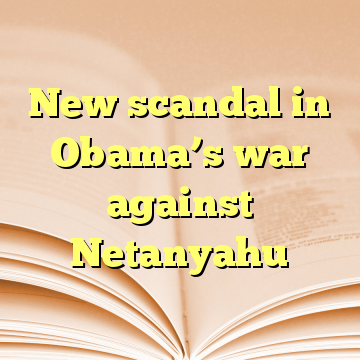 (Worthy News) – Democrats in Washington have expressed outrage over still-unproved allegations the Trump campaign colluded with Russia in the 2016 U.S. presidential election to defeat their candidate, Hillary Clinton.

But Democrats and their media allies have been virtually silent regarding evidence of interference by Democrat Barack Obama in Israel’s elections.

A probe by the U.S. Senate Permanent Subcommittee on Investigations found that the Obama State Department gave $349,276 in U.S. taxpayer-funded grants to a political group in Israel called OneVoice to build a campaign operation that, subsequently, was used to try to persuade Israelis to vote against Netanyahu. [ Source: WND (Read More…) ]