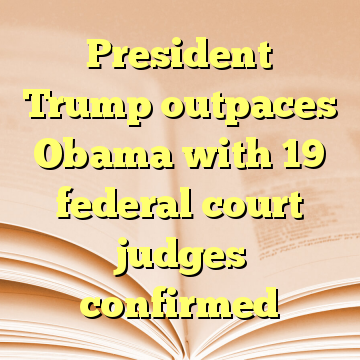 He’s the third federal appeals court judge the Senate confirmed this week, and the 19th judge overall. That’s well ahead of the 14 that President Obama had won by the end of his first year, but behind the pace of Presidents George W. Bush and Bill Clinton. [ Source: Washington Times (Read More…) ]