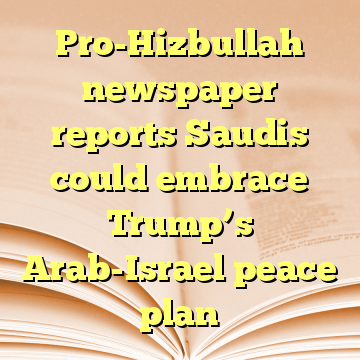 he pro-Hizbullah Lebanese newspaper Al-Akhbar on Nov. 14 publicized the contents of a letter it said was sent from Saudi Foreign Minister Adel al-Jubeir to Crown Prince Mohammad in which al-Jubeir lists the potential benefits of what would be a dramatic shift in Saudi policy.