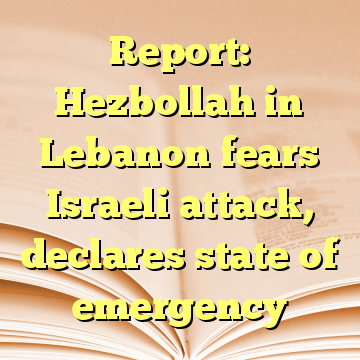 (Worthy News) – Hezbollah in Lebanon has declared a state of emergency for fear of an Israeli attack approved by the United States.

“Hezbollah declared its ranks in readiness for the past two days, for fear of Israeli aggression on Lebanon,” the Rai Al-Youm newspaper published in London reported Thursday.

“High alert was declared in light of information received that the Israeli army is conducting secret military maneuvers jointly with the United States, which are currently taking place in the country and in the Mediterranean,” journalist Kamal Halaf, who is close with Hezbollah, said. [ Source: Jerusalem Post (Read More…) ]