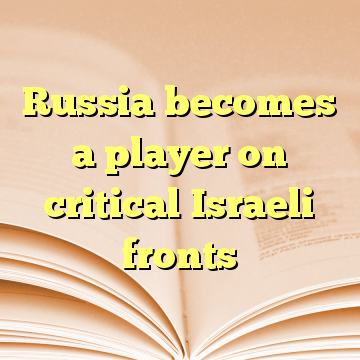 (Worthy News) – Facing Iranian adventurism across its northern borders and an irritated Palestinian leader seeking to internationalize his cause, Israel has found itself increasingly reliant on Russia to quell its most pressing diplomatic and national security concerns.

Senior Trump administration officials — including the president — have themselves turned to Moscow in recent days, hoping to diffuse a sharp military escalation along the Golan Heights border between the forces of Israel and those of Iran and its allies.

“Prime Minister Netanyahu’s been to Moscow,” one senior State Department official noted in a briefing with reporters on Monday, traveling with Secretary of State Rex Tillerson across the region. [ Source: Jerusalem Post (Read More…) ]