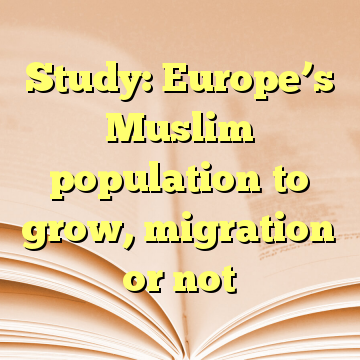 (Worthy News) – Europe’s Muslim population would continue to grow over the next several decades even if all immigration to the continent were halted, according to a study published Thursday.

The Pew Research Center report published Thursday modeled three scenarios for estimating the number of Muslims who will be living in Europe by 2050. All three used a mid-2016 estimate of 25.8 million as a baseline, but assumed different future migration rates.

Under the “zero migration” scenario, an estimated 30 million Muslims would make up 7.4 percent of Europe’s population by 2050 compared to the 4.9 percent they comprised last year, the report projected. The researchers say that’s mostly because Muslims are on average 13 years younger than other Europeans and also have a higher birthrate, the Pew researchers said. [ Source: Fox News (Read More…) ]