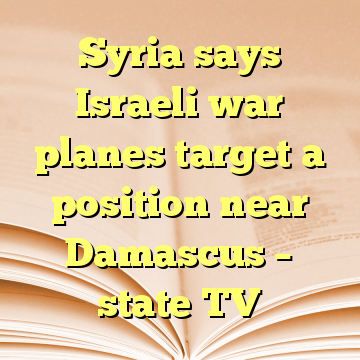 The army destroyed most of the missiles, it said, but did not give details of any damage or casualties.