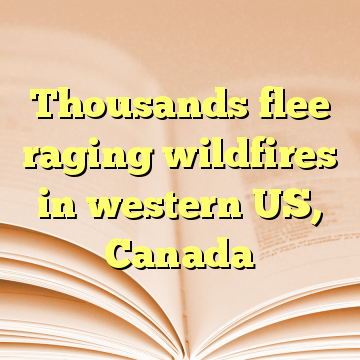 (Worthy News) – Wildfires barreled across the baking landscape of the western U.S. and Canada, destroying a smattering of homes, forcing thousands to flee and temporarily trapping children and counselors at a California campground.

In rural Arizona, fire officials say three homes were among 10 buildings that were burned. The wildfire there has led to the evacuation of the entire town of Dudleyville, about 100 miles (160 kilometers) southeast of Phoenix.

Firefighters were contending with more than 200 wildfires burning in British Columbia that had destroyed dozens of buildings, including several homes and two airport hangars. The three biggest fires, which ranged in size from 5 to 8 square miles, had forced thousands of people to flee. [ Source:
Fox News ]