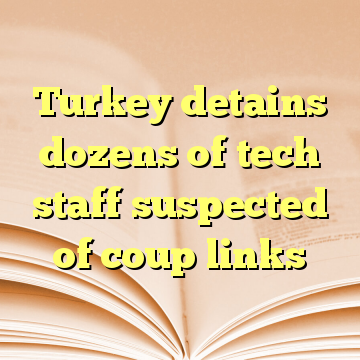 (Worthy News) – Turkish authorities have ordered the arrest of 105 people working in information technology who were believed to have been involved in the attempted military coup a year ago, state-run Anadolu news agency reported on Tuesday.

In the last year, there has been a steady stream of police operations targeting people suspected of links to the U.S.-based Islamic cleric Fethullah Gulen, whom Ankara accuses of orchestrating the failed putsch on July 15.

Police have so far detained 52 people out of the 105 targeted by arrest warrants across eight provinces, including former staff from Turkey’s scientific research council TUBITAK and a telecommunications authority, Anadolu said. [ Source: Jerusalem Post ]