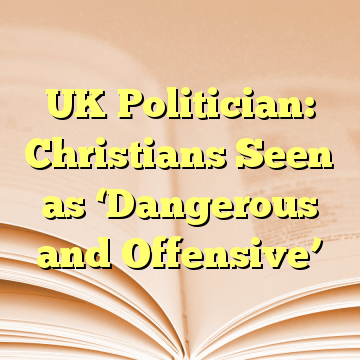 (Worthy News) – Tim Farron resigned his post at the helm of the left wing party in July, saying, ‘To be a political leader and to live as a committed Christian, to hold faithfully to the Bible’s teaching, has felt impossible to me.’

In prepared remarks to the ecumenical think tank Theos Tuesday, Farron said “If you actively hold a faith that is more than an expression of cultural identity… you are deemed to be far worse than eccentric. You are dangerous. You are offensive.”

Farron, who is often described in the British media as an evangelical Christian, quit as leader of the “Lib Dems” after two years because of badgering by the media over his positions on social issues. [ Source: CBN News (Read More…) ]