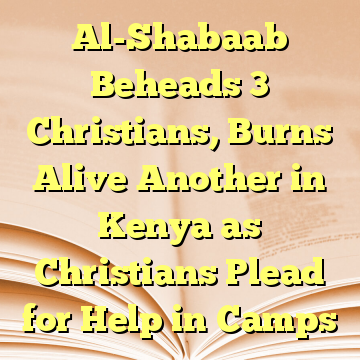 “Late in the night on August 17, al-Shabaab militants entered Maleli village of Witu and killed the four men; three were hacked to death with machetes and one was burned inside his home,” International Christian Concern reported on Monday.

A police source told Reuters that three of the men’s “heads were cut off from the rest of their bodies.” [ Source (Read More…) ]