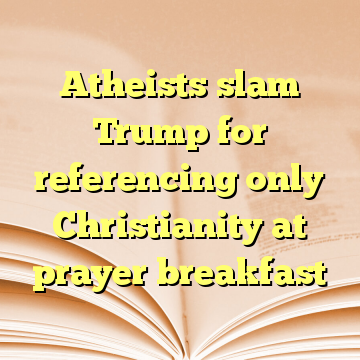 Roy Speckhardt, executive director of the American Humanist Association, said the president excluded Americans who practice other faiths or no faith at all.

“Trump has taken these government-endorsed prayer breakfasts to a new low, demonstrating his ignorance and disdain for the growing diversity of faiths and philosophies found in the country he’s supposed to be leading,” Mr. Speckhardt said in a statement. [ Source: Washington Times (Read More…) ]