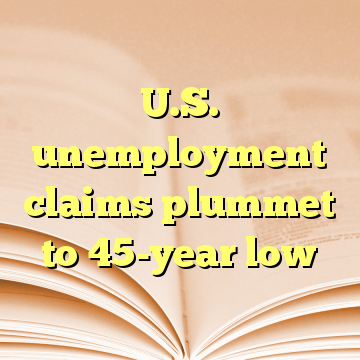 Last week, the 221,000 claims filed decreased from the previous week by 9,000, according to information released Thursday by the Department of Labor — a larger drop than experts predicted.