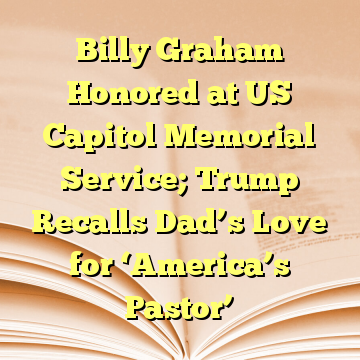 “Here lies America’s pastor,” Speaker of the House Paul Ryan, R-Wis., said in his short message after Graham’s casket was carried in and placed in the center of the Rotunda by members of the U.S. military.

“A man made great not by who he was but by who he served with all of his heart and all of his soul and all of his mind. We give thanks to God for the life and the works of this humble servant now and forever.” [ Source: Christian Post (Read More…) ]