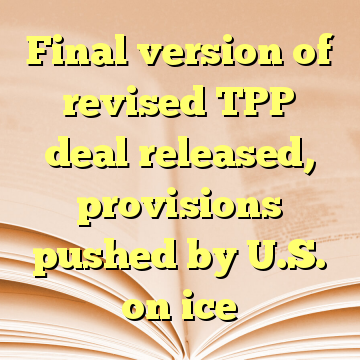 (Worthy News) – The final version of a landmark deal aimed at cutting trade barriers in some of the Asia-Pacific’s fastest-growing economies was released on Wednesday, signaling the pact was a step closer to reality even without its star member the United States.

More than 20 provisions have been suspended or changed in the final text ahead of the deal’s official signing in March, including rules around intellectual property originally included at the behest of Washington.