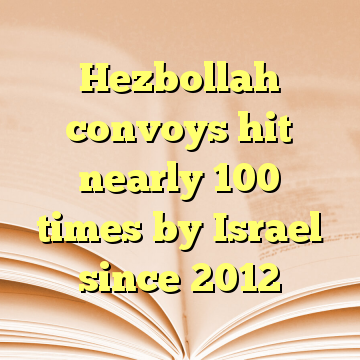 (Worthy News) – Israel’s former air force chief said Wednesday that it has carried out dozens of airstrikes on weapons convoys destined for the Lebanese Hezbollah group over the past five years.

The remarks by Maj. Gen. Amir Eshel revealed for the first time the scale of the strikes, which are usually neither confirmed or denied by the IAF.