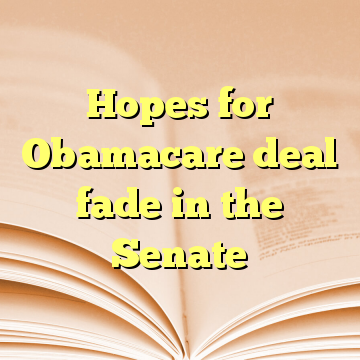 (Worthy News) – Republican senators are still working to revive an Obamacare repeal bill even though some in their own party are starting to doubt anything can be done.

The Senate and White House are trying to pick up the pieces after a humiliating defeat last week of a bill aimed at kickstarting talks with the House on Obamacare repeal. But, as some senators are meeting with the White House to write a new proposal, other Republicans are not optimistic they can get anything done this summer, if at all.

Sen. Orrin Hatch, R-Utah, told Reuters Monday he and other senior Republicans plan to tell President Trump to move on to tax reform, even though he hasn’t given up on healthcare reform. [ Source:Washington Examiner (Read More…) ]