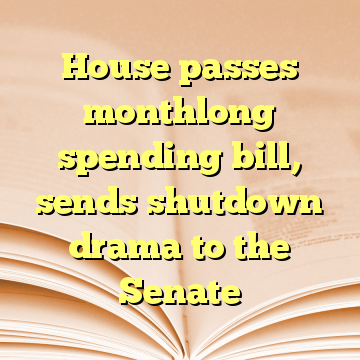 (Worthy News) – House Republicans on Thursday passed a bill to keep the federal government funded until Feb. 16, sending the legislation to a possible defeat in the Senate later tonight.

Republicans passed the bill after an internal fight over military spending and immigration reform that they resolved about an hour before the vote.

Lawmakers passed it 230-187 — six Democrats voted for it, and 11 Republicans voted against it. [ Source: Washington Examiner (Read More…) ]