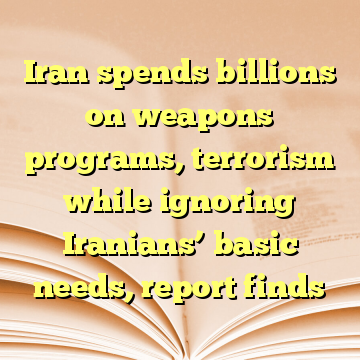 (Worthy News) – Iran is spending billions of dollars on its weapons programs and supporting terrorism around the globe while it ignores the basic needs of its people, a new report asserts.

The report, issued by the National Council of Resistance of Iran (NCRI), states that this month’s uprising against the regime was due to what it states are the “grueling high prices and economic strains on an array of social sectors.”

It claims that this is a result of the regime putting its resources, “toward domestic suppression, warmongering and expansion of terrorism abroad,” which the report points out has led to poverty and deprivation among Iranians. [ Source: Fox News (Read More…) ]