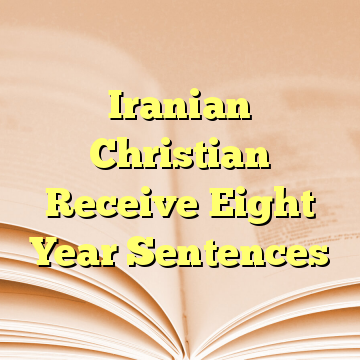 (Worthy News) – Two Iranian Christians were sentenced to a total of eight years in prison by a revolutionary court in December 2017, after being convicted of national security-related crimes.

Suroush Saraie and Eskandar Rezaie, who are both members of the Church of Iran denomination, each received seven year sentences for ‘creating a group that works against national security’, and an additional year for ‘propaganda against the state.’ Both men are appealing the verdict, which was handed down on 28 December 2017 by the 4th Chamber of the Revolutionary Court in Shiraz.

During the same court hearing, a Christian woman named Zahra Norouzi Kashkouli was sentenced to a year in prison for ‘being a member of a group working against the system.’ She too is appealing the sentence. [ Source: CSW (Read More…) ]