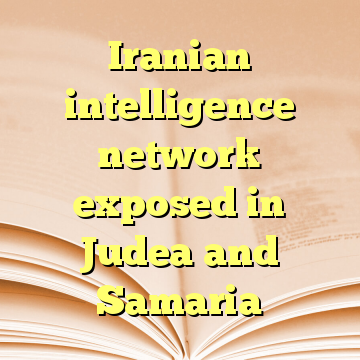 (Worthy News) – The Shin Bet security agency and the Israel Defense Force recently exposed a network sponsored by the Iranian intelligence apparatus in Judea and Samaria. The network was recruited and funded by an Iranian intelligence agent living in South Africa, according to information released for publication on Wednesday.

According to the Shin Bet, the key suspect arrested in the operation is Mohammed Maharmeh, a 29-year-old computer engineering student from Hebron.