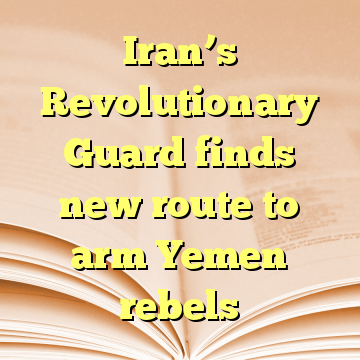 In March, regional and Western sources said that Iran was shipping weapons and military advisers to the Houthis either directly to Yemen or via Somalia. This route however risked contact with international naval vessels on patrol in the Gulf of Oman and the Arabian Sea.

For the last six months, the IRGC has begun using waters further up the Gulf between Kuwait and Iran as it looks for new ways to beat an embargo on arms shipments to fellow Shiites in the Houthi movement, Western and Iranian sources say. [ Source:Israel Hayom (Read More…) ]