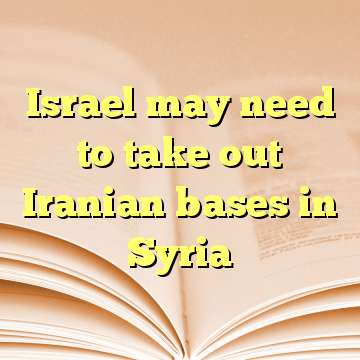 Amidror’s comments come a day after Prime Minister Benjamin Netanyahu told journalists in Paris that Israel was opposed to the Syrian cease-fire brokered recently by the US and Syria because it perpetuates Iran’s military presence in the the country.

If Israel’s interests are not taken into account by those determining what the future arrangements will be in Syria – the Americans, Russians or others – “that might lead the IDF to intervene and destroy every attempt to build [permanent Iranian] infrastructure in Syria,” he said. [ Source: Jerusalem Post (Read More…) ]