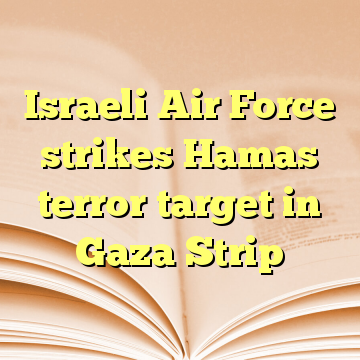 “IDF jets attacked a terror target belonging to Hamas in the central Gaza Strip,” said an army statement. “The attack was carried out in response to the placement of explosive devices on the border fence.”