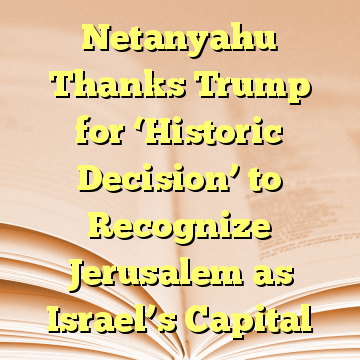 “President Trump, thank you for today’s historic decision to recognize Jerusalem as Israel’s capital,” Netanyahu said in a video statement. “The Jewish people and the Jewish state will be forever grateful.”