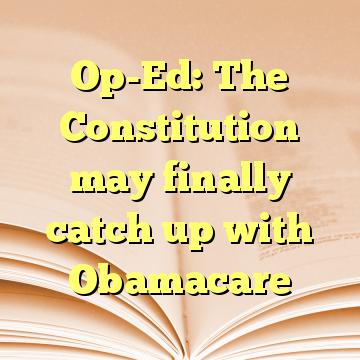 (Worthy News) – Obamacare’s future is once again in jeopardy, thanks to one of the law’s most stubborn opponents — the U.S. Constitution. Twenty states are suing the federal government in Texas on the grounds that, since Congress zeroed-out the penalty for the individual mandate, the law is no longer constitutional.

The U.S. Supreme Court deemed the individual mandate constitutional back in June 2012 by interpreting the provision as a tax — something Congress clearly has the power to impose. But the tax reform law enacted in December 2017 reduced the penalty for not having coverage to zero dollars, starting in 2019. So, as a matter of fact, there’s no longer a tax for those going without insurance coverage.

This, the plaintiffs argue, means that the defense that allowed Obamacare to survive six years ago no longer applies. And that makes the mandate unconstitutional. [ Source: Washington Examiner (Read More…) ]

The post Op-Ed: The Constitution may finally catch up with Obamacare appeared first on Worthy Christian News.