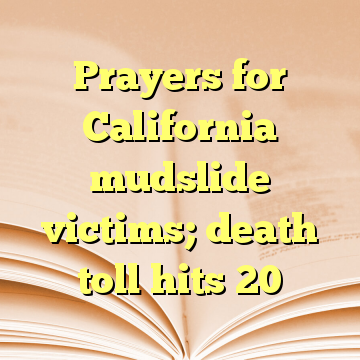 (Worthy News) – Parishioners prayed Sunday for those killed and for families still searching for missing relatives in a Southern California community ravaged by mudslides, and authorities announced another body had been found, increasing the death toll to 20.

“This family is one of several that lost multiple family members,” Santa Barbara County Sheriff Bill Brown said. “And we know that the suffering of those who knew and loved all of the victims is immense.” [ Source: Fox News (Read More…) ]