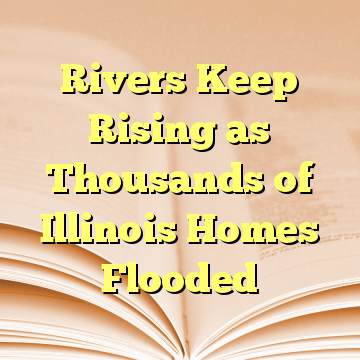 (Worthy News) – Flooding north of Chicago could worsen on Saturday as rivers keep rising after a deluge earlier this week that damaged thousands of homes and sent water cascading into streets and basements, officials said.

Illinois Governor Bruce Rauner on Friday issued a disaster proclamation for Lake, McHenry and Kane counties and pledged the support of the state government to people whose properties were damaged or destroyed.

Thousands of homes were affected by flooding after storms dumped more than 7 inches (18 cm) of rain in the area on Tuesday and Wednesday, said Patti Thompson, a spokeswoman for the Illinois Emergency Management Agency. [ Source:Reuters (Read More…) ]