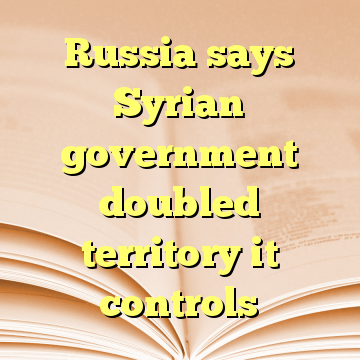 (Worthy News) – The Syrian government has increased the size of the territory under its control by two and a half times in just two months, Russian Defense Minister Sergei Shoigu said Sunday, as Syrian forces backed by regional allies and the Russian air force seized thousands of square kilometers from the Islamic State group in the center of the country.

Syrian government forces supported by Iranian-organized militias and the Russian air force have recaptured much of the country’s central Homs province from the Islamic State group in 2017. Most of the province is desert. It contains several energy fields as well as phosphate minerals.

They are driving toward the city of Deir el-Zour, kept under siege by IS militants since 2015. [ Source (Read More…) ]