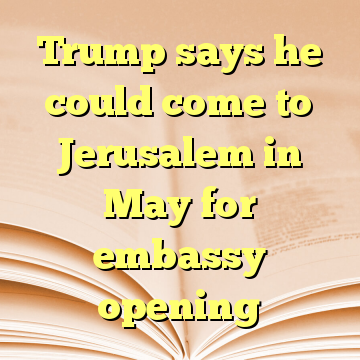 (Worthy News) – US President Donald Trump said on Monday he could return to Jerusalem in May, when the US opens its new embassy in the city to coincide with Israel’s 70th anniversary.

Sitting across from Prime Minister Benjamin Netanyahu in the Oval Office, the American president was asked if he would travel to Israel to cut the ribbon on the new facility, almost a year after his first visit to Jerusalem as president.