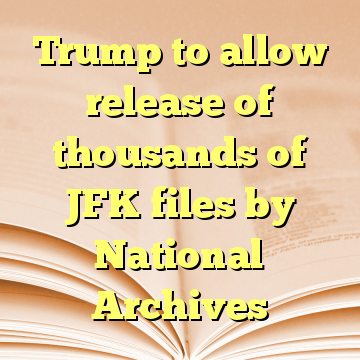 (Worthy News) – President Trump said Saturday that he will allow more than 3,000 classified files on the JFK assassination to be released next week by the National Archives as ordered by Congress.

The classified files were scheduled to be made public by Oct. 26, barring intervention by the president, under the President John F. Kennedy Assassination Records Collection Act of 1992.

Subject to the receipt of further information, I will be allowing, as President, the long blocked and classified JFK FILES to be opened.