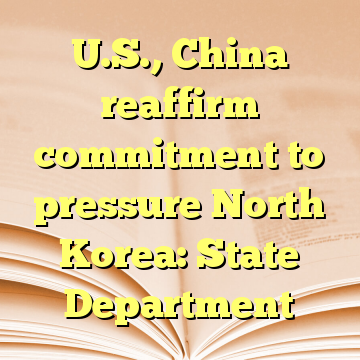 Yang was on a two-day visit to Washington that began on Thursday. His talks were also expected to cover the sensitive U.S.-China economic relationship after recent tit-for-tat actions that have raised fears of a trade war between the world’s two largest economies.