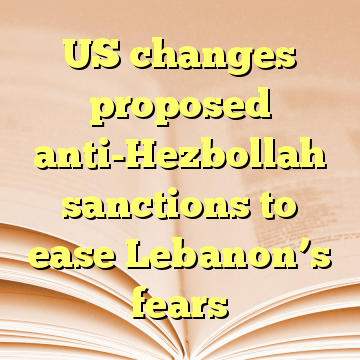 But banking figures also advised Lebanese authorities not be complacent as U.S. President Donald Trump’s future stance on Iran and its allies cannot be predicted, and the bill would not be debated and voted on until autumn when Congress reconvenes.