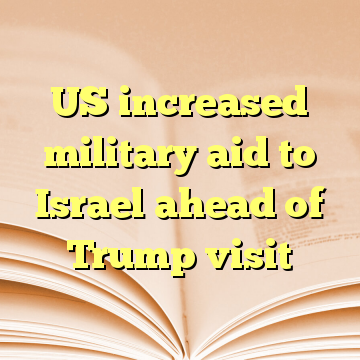 (Worthy News) – The US has promised to increase military aid to Israel to help maintain the country’s military edge in the region as it faces mounting threats from its neighbors, Prime Minister Benjamin Netanyahu said as he spoke at Wednesday’s Mount Herzl ceremony marking Jerusalem Day.

“The US has promised to maintain Israel’s qualitative advantage in the Middle East,” the premier stated. Netanyahu then revealed that three days earlier, before US President Donald Trump’s visit to the Jewish state, “the US added another $75 million to the aid package for [Israel’s] missile defense program.”