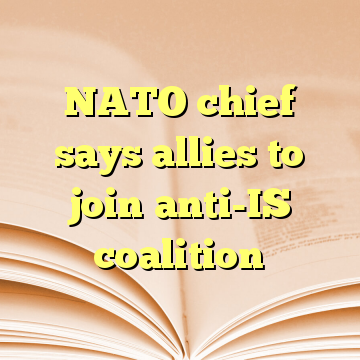 (Worthy News) – NATO’s chief has affirmed that the alliance will join the international coalition fighting the Islamic State group but will not wage war against the extremists, as U.S. President Donald Trump prepares to meet allied leaders.

Secretary-General Jens Stoltenberg said Thursday that joining “will send a strong political message of NATO’s commitment to the fight against terrorism and also improve our coordination within the coalition.”

But he underlined that “it does not mean that NATO will engage in combat operations.” [ Source ]