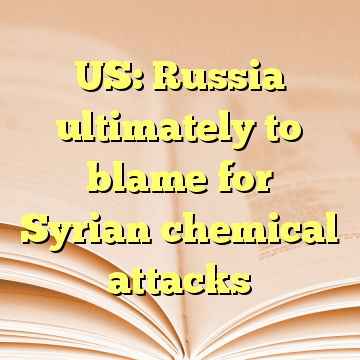 (Worthy News) – Russia is ultimately to blame for any use of chemical weapons in Syria, U.S. Secretary of State Rex Tillerson said Tuesday amid reports of a suspected chemical attack this week near the capital, Damascus.

Tillerson said Russia is violating a 2013 agreement it made with the U.S. on the removal of chemical weapons from Syria and is helping the Syrian government breach the Chemical Weapons Convention, which bans their use.