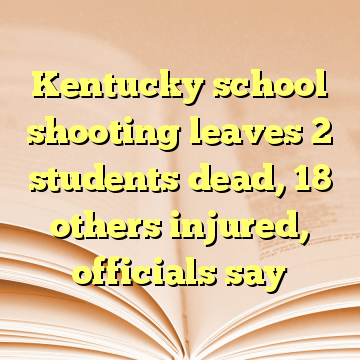 (Worthy News) – A student opened fire Tuesday at Marshall County High School in Benton, Ky., killing two fellow students and injuring 18 others, officials said, in a shooting that caused panic and anguish in the school and across the community.

During an evening news conference, Kentucky State Police Commissioner Richard Sanders said the suspect, a 15-year-old boy, was in custody and would be charged with two counts of murder and several counts of attempted murder.

Authorities were seen escorting a handcuffed boy away from the scene earlier in the day. Details on a possible motive were unclear. [ Source: Fox News (Read More…) ]