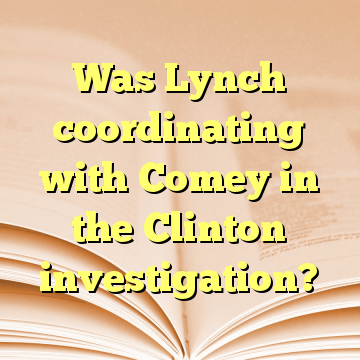 (Worthy News) – Former Attorney General Loretta Lynch knew well in advance of FBI Director James Comey’s 2016 press conference that he would recommend against charging Hillary Clinton, according to information turned over to the Senate Homeland Security Committee on Friday.

The revelation was included in 384 pages of text messages exchanged between FBI officials Peter Strzok and Lisa Page, and it significantly diminishes the credibility of Lynch’s earlier commitment to accept Comey’s recommendation — a commitment she made under the pretense that the two were not coordinating with each other.

And it gets worse. Comey and Lynch reportedly knew that Clinton would never face charges even before the FBI conducted its three-hour interview with Clinton, which was supposedly meant to gather more information into her mishandling of classified information. [ Source: The Hill (Read More…) ]