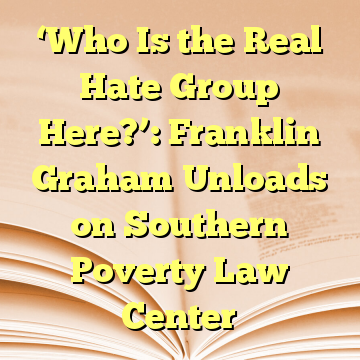 “Why? Simply because they hold to the teaching of God’s Word on moral issues such as homosexuality and same-sex marriage,” Graham wrote on Facebook.

A hate group? Can you believe this—The Southern Poverty Law Center in Montgomery, AL, has labeled a number of Christian…