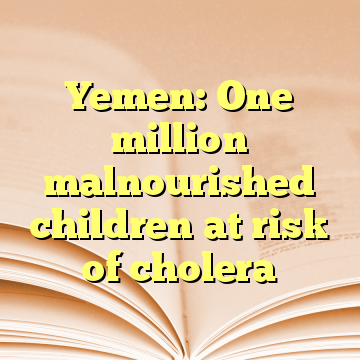 (Worthy News) – More than a million children are suffering from malnutrition amid a deadly cholera outbreak in Yemen, says Save the Children.

The charity says new analysis of district level data reveals there are more than one million acutely malnourished children under the age of five living in areas with high levels of infection.

Millions are starving in Yemen after two years of conflict between the Saudi-led coalition and Houthi rebels, which has caused food shortages and widespread internal displacement. [ Source: Sky News (Read More…) ]