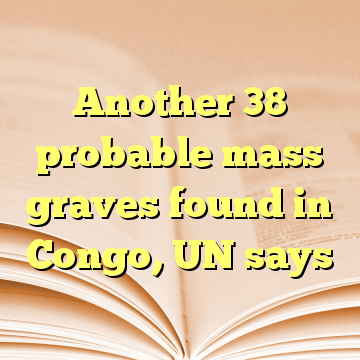 (Worthy News) – Another 38 probable mass graves have been found in central Congo, where violence between troops and militia members has killed thousands of people since August, the United Nations announced Wednesday.

This means at least 80 mass graves have been identified so far, the U.N. peacekeeping mission in the vast Central African nation said.

The U.N. says more than a million people have been displaced, making Congo the African country with the most internally displaced people – 3.8 million. [ Source: Washington Times ]