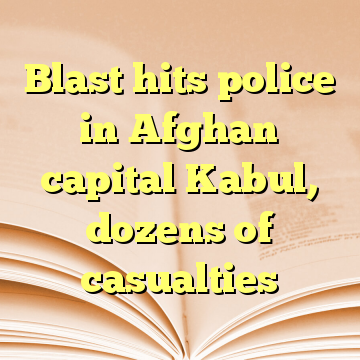 (Worthy News) – A suicide bomber in the Afghan capital caused dozens of casualties on Thursday after blowing himself up close to a group of security personnel who were carrying out an operation against illegal drugs and alcohol dealing, officials said.

Islamic State, which has claimed a series of attacks in Kabul over the past two years, issued a statement on its Amaq news agency saying it was responsible.

It said a suicide bomber targeting a group of police and intelligence service personnel had detonated an explosive vest, killing or wounding around 80 of them.