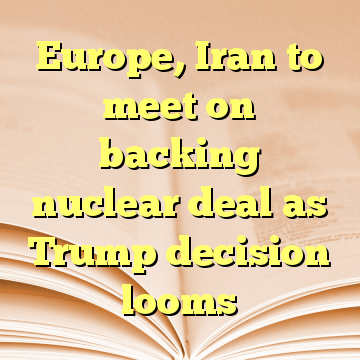 (Worthy News) – Europe and Iran are to put on a united front in support of the landmark 2015 nuclear deal at talks in Brussels Thursday as Washington mulls reimposing sanctions on Tehran.

The European Union and the foreign ministers of Britain, Germany and France will unite to defend the accord, which placed limits on Iran’s nuclear program in exchange for the relaxing of punishing sanctions but which US President Donald Trump has repeatedly criticized and threatened to leave.