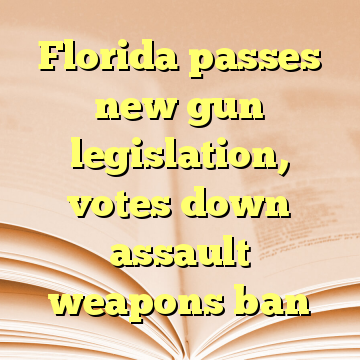 The bill, which requires a three-day waiting period for all gun purchases, increases the age limit for buying a semi-automatic weapon from 18 to 21, bans the sale of bump stocks and makes it easier for law enforcement to take firearms from a potential threat, was approved by a vote of 9 to 4.