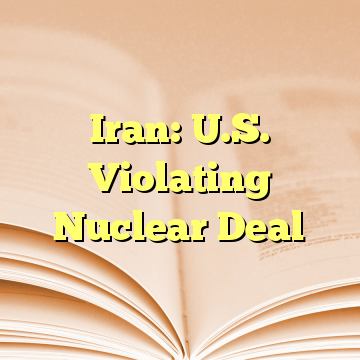 (Worthy News) – Senior Iranian officials are accusing the United States of violating the landmark nuclear accord and promising to take punitive measures against America for this action, according to recent comments that come on the heels of renewed efforts by the Trump administration and Congress to sanction Tehran for its ballistic missile program and regional support for terrorism.

Ali Larijani, speaker of Iran’s parliament, lashed out Tuesday at the Trump administration and accused it of “blatantly” violating statutes in the nuclear agreement that obligate the United States to promote international trade with Iran and refrain from issuing new sanctions.

Larijana promised that Iran would “act decisively” to retaliate against the United States with its own package of sanctions and other measures, according to comments by the senior leader. Iranian President Hassan Rouhani threatened that American “will be harmed” by its recent moves. [ Source:Washington Free Beacon (Read More…) ]